Do you know? Based on data held by the National Commission (Komnas Perempuan), the number of women victims of sexual violence that occurred in 2019 reached 431,471 cases. This figure shows an increase of almost eight times compared to the year 2008 where there were 54,425 cases. In the public and community sphere, sexual violence is the most common type of violence against women. Rape cases ranked first with a total of 715 cases, followed by molestation (551 cases), sexual harassment (520 cases), and sexual intercourse (176 cases). Seeing the high number of sexual violence against women is certainly very alarming. So, why did this happen? 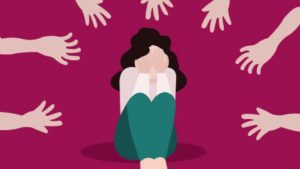 Sexual violence can be interpreted as an act that attacks, demeans, and enforces victims who are related to sexual activity without consent. According to the National Commission on Violence Against Women, sexual violence can be grouped into 15 forms, both verbal and non verbal. This sexual violence can afflict various groups, ranging from children to adults, both women and men. The perpetrators are not always unknown people, often the victims get sexual violence from the surrounding environment or from their own families.

Maybe we often hear various cases of sexual violence, such as rape or sexual harassment experienced by women. Some of us have even been victims of sexual harassment, such as seduction or catcalling by irresponsible individuals. This behavior is often associated with clothes worn by victims who are considered too exposed to encourage sexual harassment. But the fact is, the victim of sexual violence is not only someone who wears minimal clothing, but victims who wear clothes also experience sexual violence. Victims’ clothing is not a major factor in sexual violence, but this can be triggered by many factors. Some of these factors, namely the inability of the offender to restrain his desires, sexual fantasies owned by the offender, the lack of knowledge that trivial actions, such as teasing or other verbal expressions that are made a crime that causes sexual harassment in verbal form is considered normal or even justified by the offender and other internal factors within the perpetrator.

In addition, sexual violence can also occur because of the helplessness of victims who do not resist, do not report the sexual violence they experienced, and the opportunities that cause the perpetrators to commit this crime. Another thing that encourages this violence is rife, namely weak social control and a lack of moral education related to sex. It is unfortunate that in the midst of the high number of cases of sexual violence, the Draft Law on the Elimination of Sexual Violence (RUU PKS) was actually drawn from the list of the Priority National Legislation Program (Prolegnas) in 2020. Whereas with the existence of this PKS Bill, it became hope for the community to obtain a guarantee of taste safe and protect victims from sexual violence.

The preventive steps that need to be taken to prevent sexual violence, namely by increasing moral education and sexual education as early as possible, such as socialization, coaching, and work same with stakeholders. In addition, as self-protection we must expand our knowledge of sexual violence, always be vigilant when in public places, never be afraid to fight, and equip ourselves with self-defense tools. (TD / MRA) 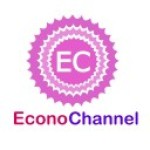